Chivalry Today is dedicated to learning from the code of chivalry and applying the knowledge and insight gained from this warrior’s code to our daily lives. We are dedicated to inclusivity, justice, and equality. We believe in finding equitable solutions to the problems faced in today’s society and are firmly committed to taking action.

We do not tolerate prejudice, discrimination, or racism. All who wish to learn from unabridged history (this means the good and the bad) and use this information for the betterment of themselves and society are welcome here.

Chivalry Today explores the history, literature and philosophy of the code of chivalry. From medieval knights and the legends of King Arthur, to the modern ideals of ethics and personal honor that influence politics and lawmaking, business and finance, teaching and education, medicine and charity, relationships and romance, the code of chivalry is still alive and well in the 21st century.

Learn more through live, interactive classroom presentations, an informative monthly podcast, and our many articles, reviews, and links.

We work to achieve our mission with the following primary offerings (visit the Programs page for a full listing of available programs):

A variety of quality historical interpretive programs for schools studying Medieval and Renaissance history, Arthurian literature and legend, or topics of leadership, ethics, and character, including: 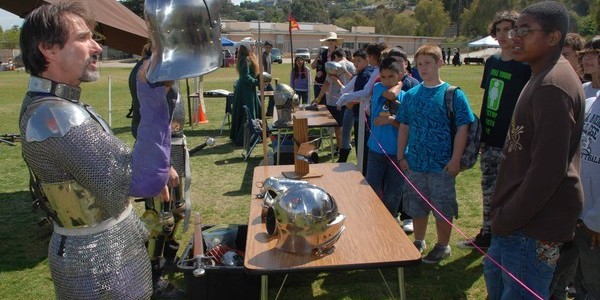 Learn More about Festival of Chivalry

Offering Historical European Martial Arts (HEMA) programs to teach the Medieval art of sword combat as a means of understanding and practicing the principles of chivalry and personal honor, including: 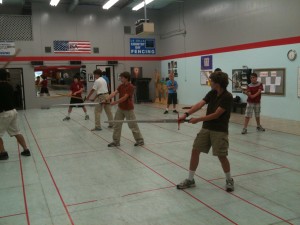 Learn More about Swords of Chivalry

An ever-expanding online presence providing information about chivalry, knights, and ongoing research into the history of the Age Of Chivalry, including: 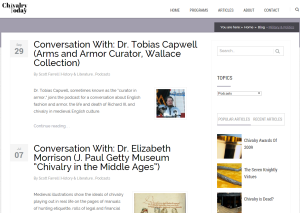 They bring a wealth of knowledge, and share a passion for teaching and a sincere commitment to imparting the ideals of the code of chivalry to a new generation. 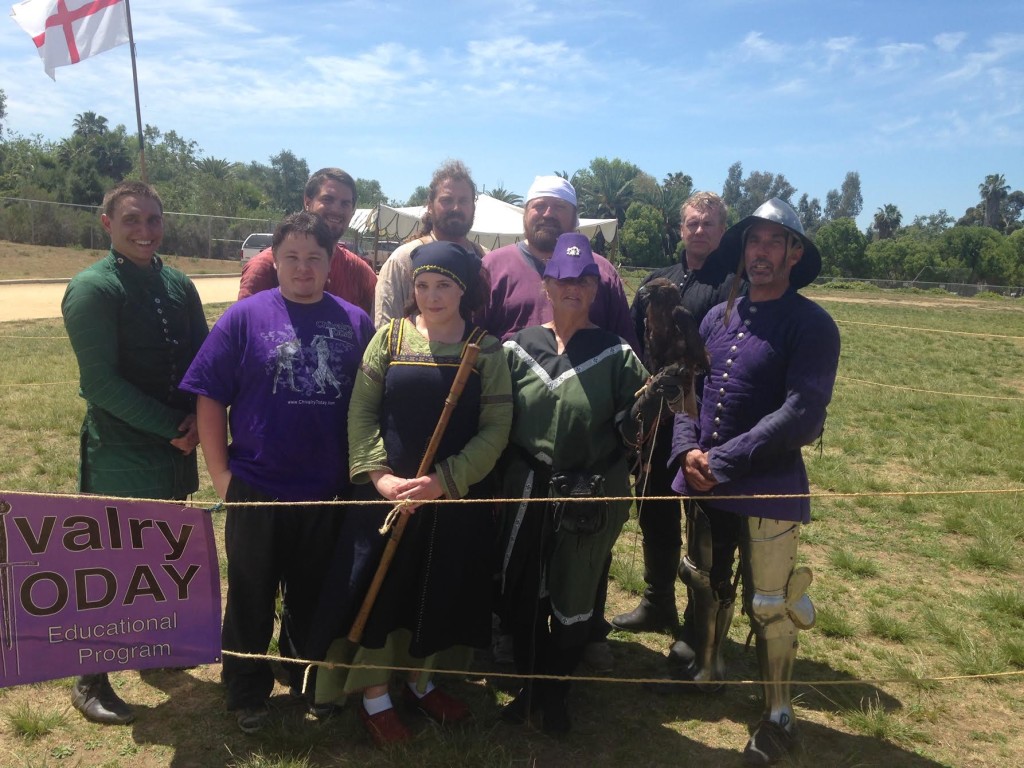 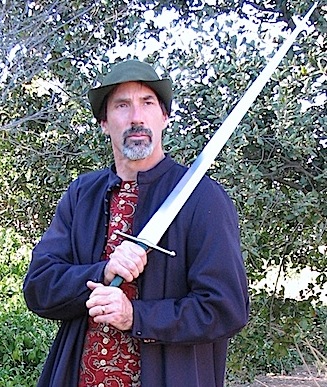 His articles on matters of history, Arthurian legend and the ideals of chivalry have appeared in many publications, including Renaissance Magazine, Chivalry Sports, Men Today, Military History, Police Magazine, Tournaments Illuminated, and Word San Diego.

He has also written as a contributing editor for the books Living A Life Of Value (VOW Press, 2006) and Martial Arts And Philosophy (Open Court Press, 2010).

His work on stage includes leading roles in productions of Camelot, The Music Man, Oklahoma!, and The Reduced Shakespeare Company’s comedy The Complete Works Of William Shakespeare (Abridged).

For more information about Scott and his published works, please his website.