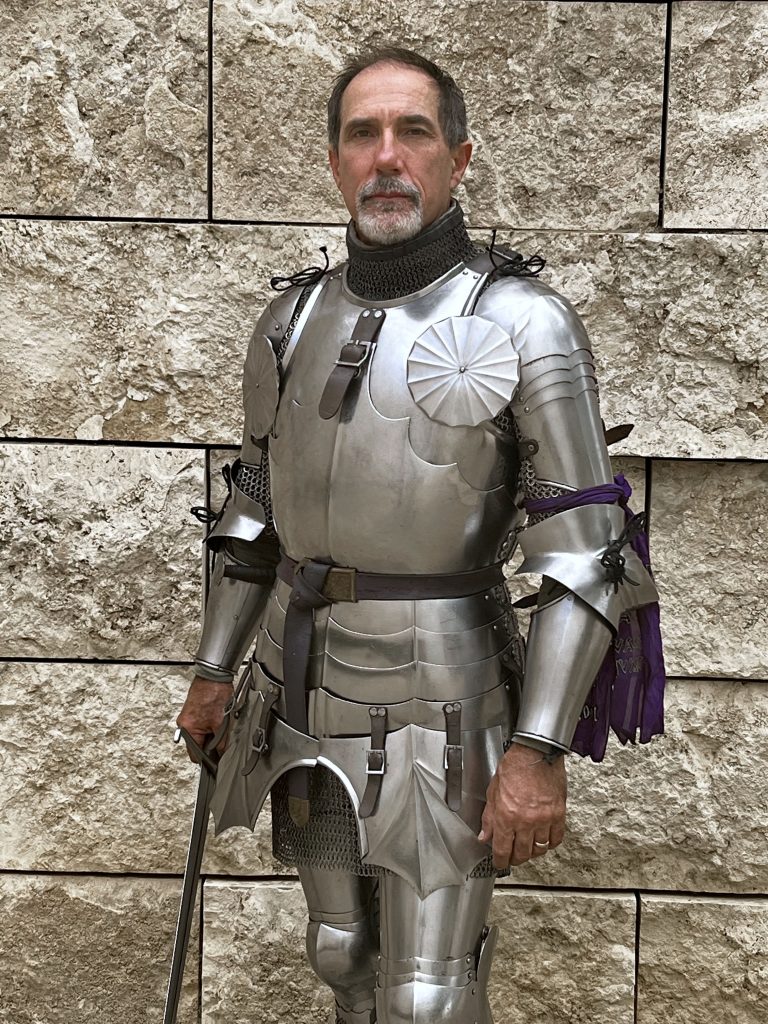 Scott is the founder and director of Chivalry Today, and he has more than 30 years of experience in the fields of arms, armor, and medieval military history.

He has been involved with independent study programs at the Royal Armories at Leeds, and with Cadw (the department of the Welsh government in charge of preserving castles and other historical monuments).

With a degree in English literature, Scott is also an avid reader and student of folklore and Arthurian legend. In addition, Scott studied theatrical performance at San Diego’s Old Globe Theatre, and periodically works as one of the teaching artists (school performers) with San Diego’s Intrepid Shakespeare Company. He has worked with the San Diego City and County Library Systems as part of the annual Summer Reading Program since 2006.

Scott is a professional journalist and author, and his articles on medieval history and the ideals of chivalry have appeared in many print and on-line publications, including The New York Times, Costco Reporter, Renaissance Magazine, Military History Quarterly, Civil War Times, Men Today, and Police Magazine.

You may also recognize his voice as the host of the Chivalry Today podcast, and the ringside “color commentator” from San Diego’s acclaimed Tournament Of The Phoenix competitive jousting event.

Scott has given lectures and demonstrations for a wide variety of groups with an interest in medieval history, armor, castles, knighthood, and the code of chivalry, including: The San Diego Shakespeare Society, The San Diego Historical Society, University of California Irvine Faculty Club, San Diego State University, Kiwanis International, The Rotary Club, The Boy Scouts of America, Sisters In Crime Mystery Writers, and Romance Writers of America.

April has been studying the art of historical fencing for more than 25 years, and has expertise with a variety of Renaissance and Medieval arms and armor, including the rapier, longsword, spear, and messer; additionally, she has experience in both single combat, and group “melee” battle.

April has delved deeply into medieval history in researching a variety of papers and presentations for historical reenactment groups such as the Society for Creative Anachronism. Her knowledge extends to topics as diverse as medieval table manners, medieval health and diet, using a medieval counting board, manorial life in 12th and 13th century England, and medieval horsemanship and jousting. 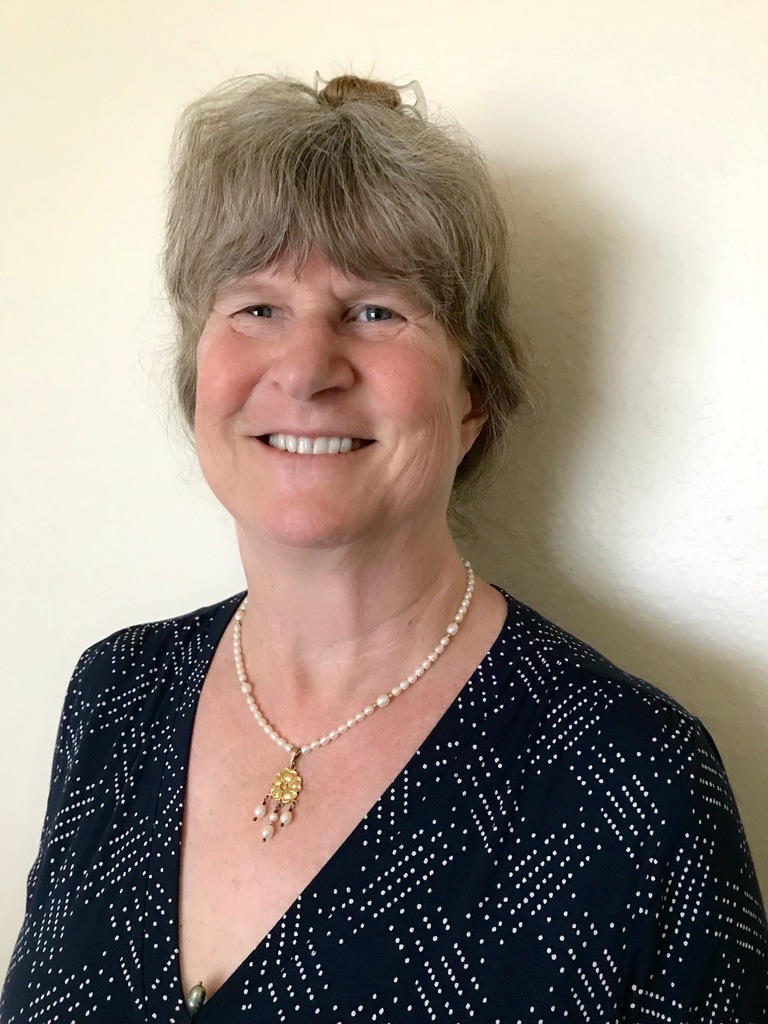 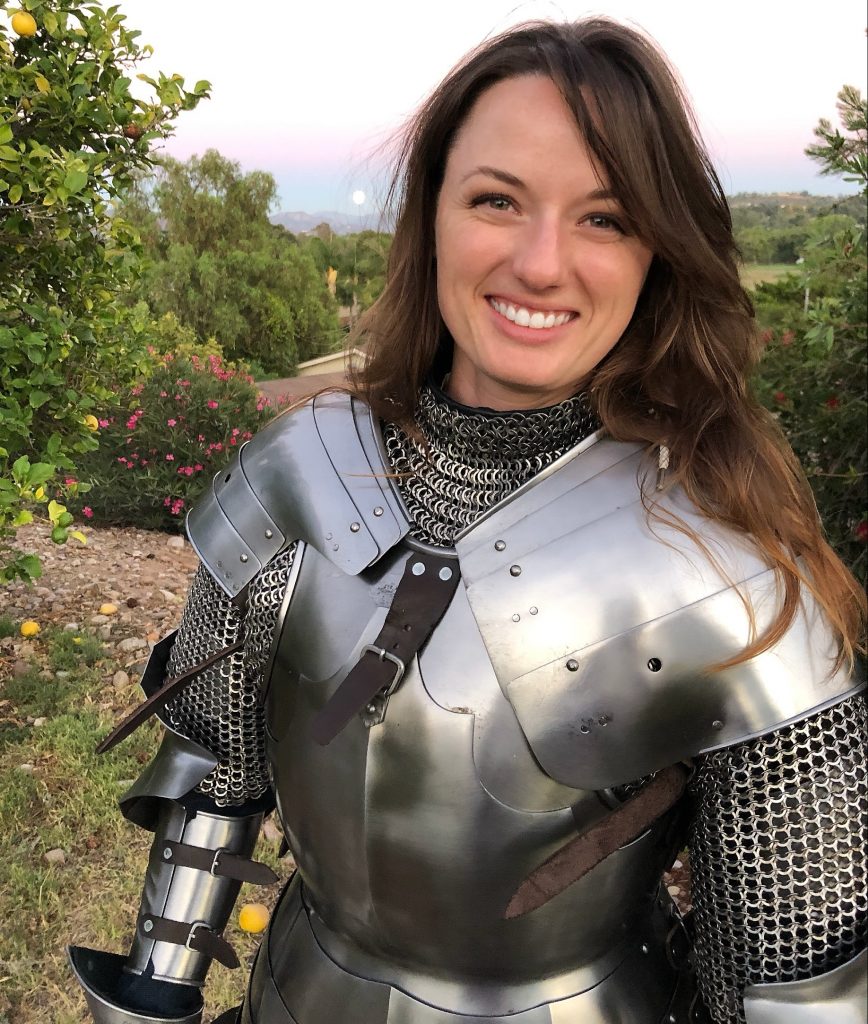 Loreen began her practice as Western Martial Artist in 2017. She has extensively studied the fighting arts and focused continually on the growth of her own practice and that of her students. Her weapons of choice are the longsword and spear in both armored and unarmored combat.

As a professional high school educator, Loreen uses her teaching background to develop lesson plans for these fighting arts that are accessible to wide variety of HEMA practitioners and their various learning styles. Her goal is to create a studio culture that is culturally responsive, supportive, and inviting to all students interested in collaborating in pursuit of friendship and mastery of Western Martial Arts.

Kate has been part of the Chivalry Today team since 2012. She has worked extensively with our historical fencing program and is a regular on the armored fighting field. She has been part of numerous demonstrations at schools, conferences, and museums. She is also a team leader in our warrior camp program. 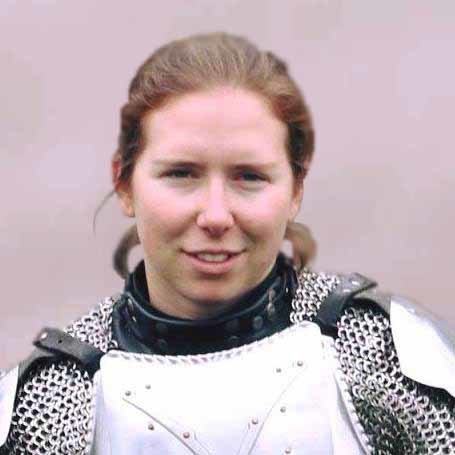 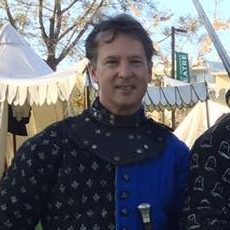 Richard is a retired professional engineer and the lead presenter of Chivalry Today’s Catapult demonstration.

Richard has has over 5 years of experience as an unarmored longsword fighter and often assists with coaching new students in our HEMA program.

Terry Lockwood is a federally licensed falconer and expert in birds of prey. She works with several habitat conservation and raptor rescue organizations, including the Ramona, California-based Skyhunters. 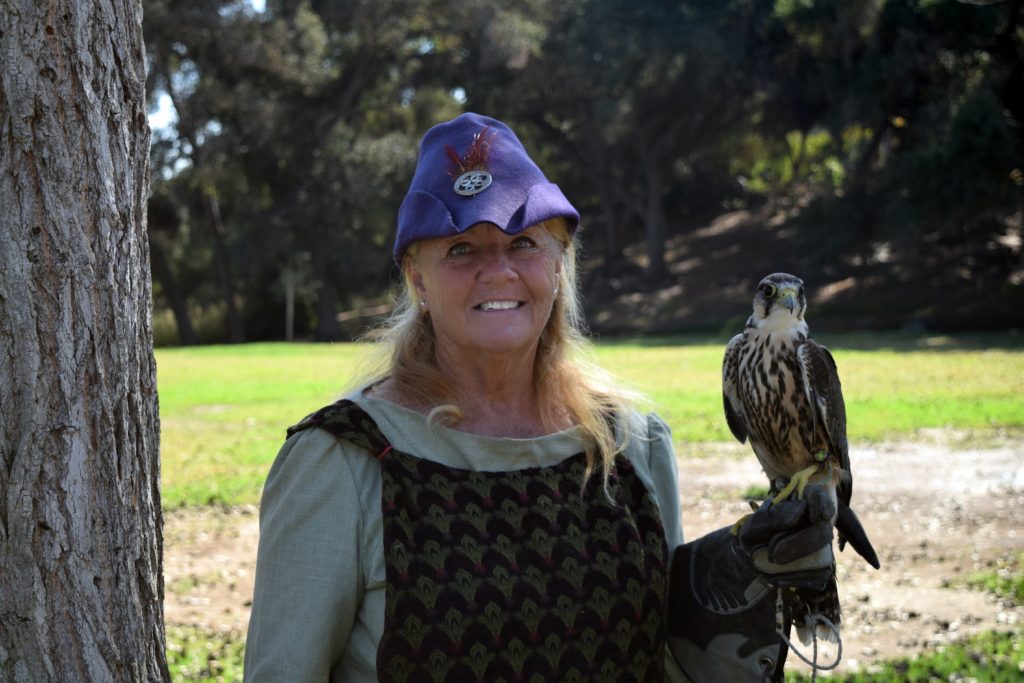 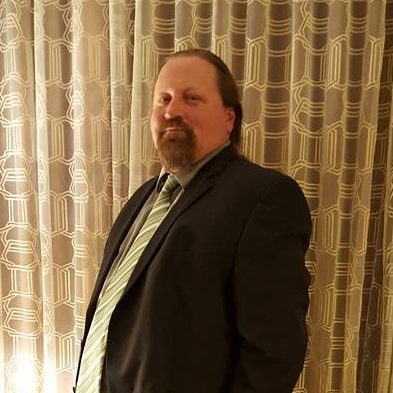 Mike Mason is an amateur history enthusiast who has been taking part in medieval historical reenactment events for more than a decade, and has cooked several historical-themed feasts for 100+ diners. Anyone who has sampled Mike’s cooking will never forget the marvelous taste of bread or pizza from “the bake-inator,” his 600 lb. traveling brick oven, based on designs shown in medieval artwork.

Mike presents “Bread Oven” a demonstration of the art of baking in a 14th century wood-fired oven, as part of Chivalry Today’s Festival of Chivalry school history faire days.

Danielle Mitchell plays a variety of 14th century stringed and woodwind instruments with the Calafian Consort, an informal group of medieval musicians. She presents “Medieval and Renaissance Dance” and “Medieval Song and Music” as part of Chivalry Today’s Festival of Chivalry school history faire days.

Danielle has a degree in education and has taught at several private and charter middle schools in the San Diego area. She is an amateur history enthusiast and reenactor, with an interest in medieval and Renaissance dance and music. 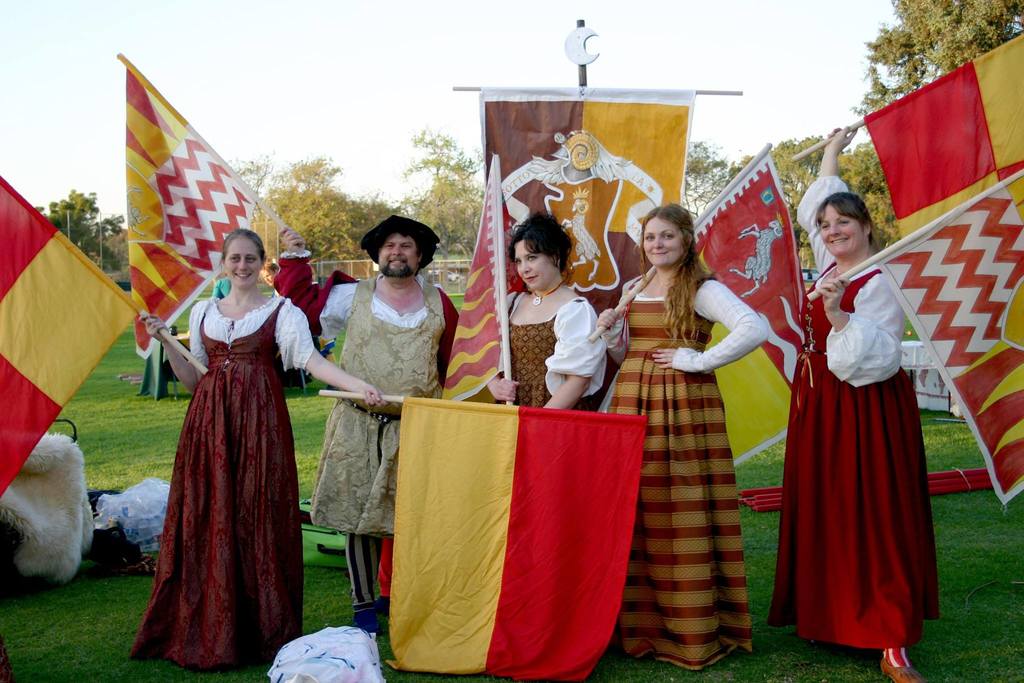 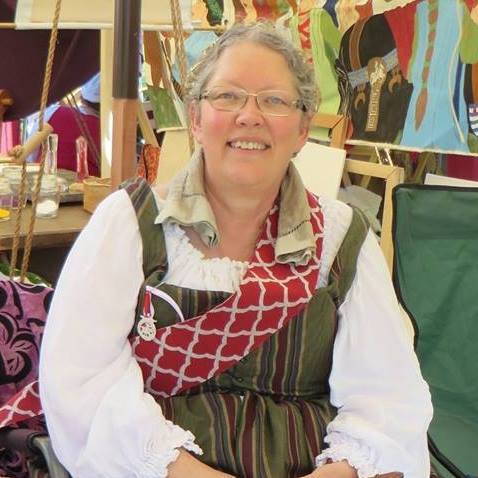 Deborah Fox is a Doctor of Veterinary Medicine, who is also an amateur medieval history scholar, with skills including Elizabethan fashion, courtly music, 11th century embroidery, and medieval calligraphy and drawing.

Marilyn McPhie tells tales of King Arthur and the Knights of the Round Table, bringing her engaging style of performance art to medieval stories of adventure and chivalry.

Marilyn has been telling stories professionally since 1985 and has performed for audiences from preschool to adults, from Massachusetts to California. Her TED Talk Do Try This At Home focuses on the importance of storytelling as part of family social interaction. She has a degree in English and French literature, and has served as the president of the Storytellers of San Diego, and as a California State Liaison for the National Storytelling Network. 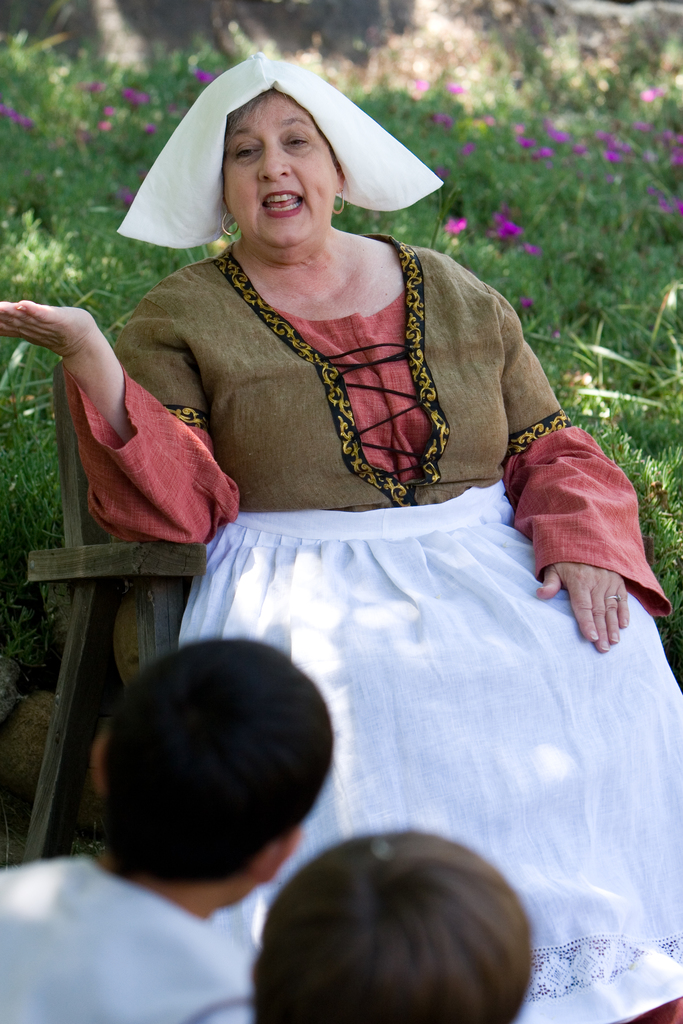 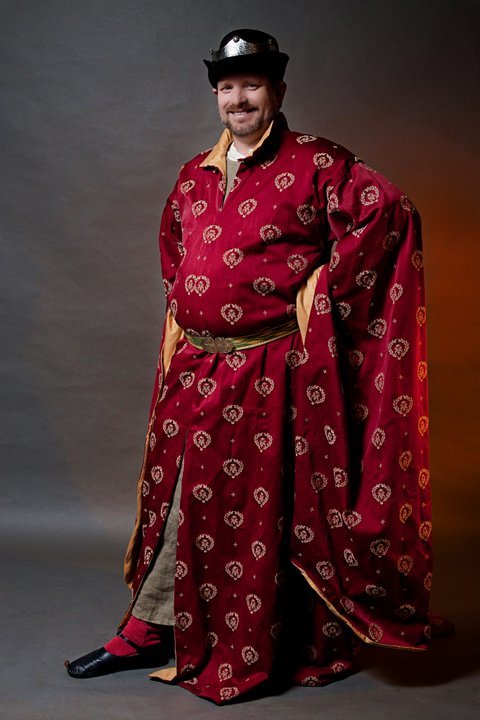 Doug Brownell is an accomplish master in a wide range of medieval arts and crafts: heraldry (the study of coats of arms), dancing, painting, calligraphy, metal working, and weaving, just to name a few.

Chivalry Today works with an ever growing team of experts in Western martial arts and historical armored fencing. We give educational presentations of the medieval historical fighting arts at a variety of events and venues such as conferences, conventions, museums, and libraries, as well as school campuses throughout the country.

Other Team Members Not Pictured: